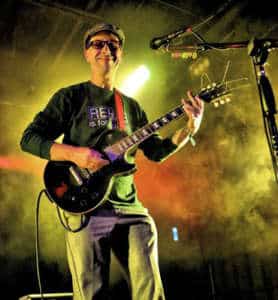 Originally from Syracuse New York, TODD LANGDON has been playing guitar for 23 years and teaching for 11. Todd took private lessons for 10 years under the instruction of Tim Harrington and studied classical guitar for 3 years at Onondaga Community college under the instruction of Tim Shimt. He’s experienced in many different guitar styles. Since the age of 15, Todd has played and recorded with multiple bands in New York and North Carolina. His band was featured in the movie “Great world of sound” that was filmed here in North Carolina. Todd wrote and Performed for Echo Dance Company. He has also played on the Mike Church show on Sirius radio and has worked as a studio musician. Todd has taught a variety of students from age 6 to 65. His Favorite musicians are Eddie Van Halen, Jimi Hendrix, Jimmy Page, Steve Vai, Les Claypool and Tom Morello, he also loves Radiohead and Muse.